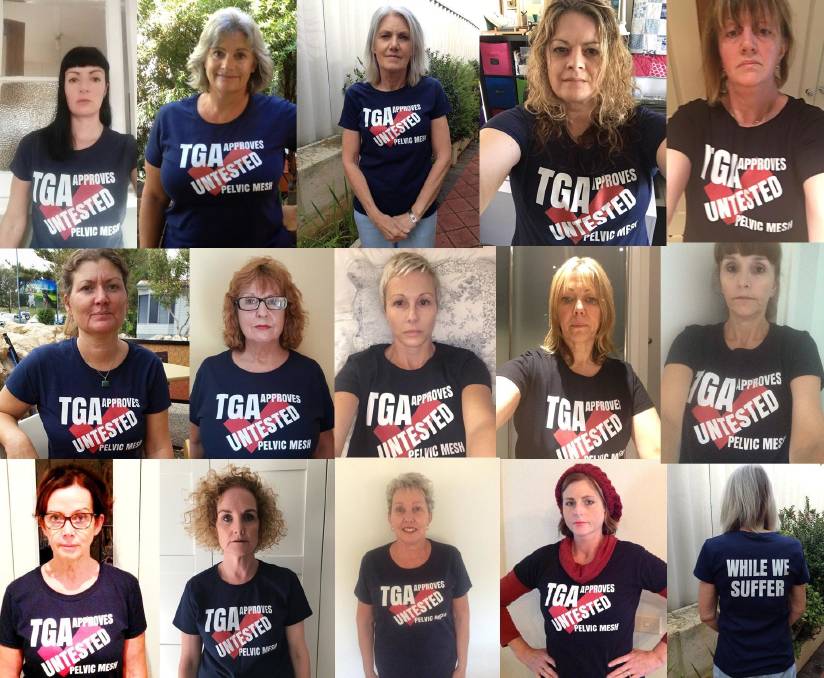 +4
Early pelvic mesh devices had their origins close to home.

PELVIC devices developed in Australia from the 1980s and 1990s are at the centre of a global medical scandal that includes regulatory failure, and allegations of research fraud and experimental surgery on women in multiple countries.

Devices invented, or co-developed, by an Australian and a Swedish doctor to treat urinary incontinence were bought, modified and led to regulatory clearances in America for companies including Johnson & Johnson from 2001, with little or no “good quality” evidence to support their use to treat prolapse complications in women after child birth.

Many of those women were in the Hunter and Central Coast area.

A Newcastle Herald investigation has found a mesh delivery device and procedure tested on 13 large dogs in Western Australia in 1987, which was developed and registered in America by a Tyco Healthcare subsidiary as the IVS Tunneller in 2001, became the first transvaginal mesh delivery system cleared in America to correct pelvic organ prolapse in women.

It became the “predicate case” relied on by many of the world’s biggest drug companies to have transvaginal mesh kits “cleared” for sale in America over the following decade to treat prolapse, leading to clearances in Australia and countries around the world.

This was despite its development to treat urinary incontinence only, and where subsequent manufacturers were not required to produce original clinical studies to support prolapse use.

A second mesh device for incontinence, known as Tension-free Vaginal Tape or TVT, was developed after collaboration between Australian Dr Peter Petros and the late Swedish Dr Ulf Ulmsten, who also collaborated on the 1987 Western Australian dog tests that led Dr Petros to develop the IVS tunneller.

Dr Ulmsten later sold the rights of the TVT device to Johnson & Johnson.

In a paper in 2012, after the American Food and Drug Administration, FDA, announced complications after prolapse surgery using transvaginal mesh devices were “not rare”, Dr Petros said his “early experimental studies” had been “wrongly” used as “an intellectual cornerstone to justify the use of mesh in prolapse surgery”.

In the paper he distanced himself from the global mesh scandal, saying complications were related to “large sheet” mesh adopted by some companies, and not the small tapes advocated by him which preserved “vaginal elasticity”.

He declined to comment when contacted by the Herald.

A Senate inquiry, launched after Victorian Senator Derryn Hinch told Federal Parliament that transvaginal mesh devices rivalled Thalidomide as one of Australia’s worst health scandals, will hear from women across the country – including many from the Hunter and Central Coast – left with catastrophic injuries and taking doctors and companies to court for damages.

I live in unrelenting, disabling agony, I am just about to turn 59 and I cannot imagine living another 20 years like this. Over the years I have thought, who does this to someone?

Court action includes one of the largest medical civil cases in Australia, starting in July and expected to run for six months, brought by 450 women against Johnson & Johnson.

Another 300 Australian women are registered for a second class action against American Medical Systems, which developed devices including Perigee and Apogee. Apogee was cleared for use in America in 2004, and relied on the Australian-developed device for clearance.

More than 40 mesh devices were cleared for use by Australia’s peak health regulator, the Therapeutic Goods Administration (TGA), without clinical evidence of safety and efficacy, and despite strong warnings from three Australian specialists as early as 2003, including Newcastle gynaecologist Alan Hewson, that some surgical mesh procedures “cannot be recommended”.

In a paper 10 years later one of the three gynaecologists, Queensland Professor Christopher Maher, criticised regulators, the medical profession, manufacturers and doctors who failed to disclose their ties with mesh manufacturers, for allowing “women we are trained to serve to be exposed to unknown risk”.

He warned that global legal action could reach $20 billion and “be one of the largest ever class actions undertaken”.

Mesh victim Stella Channing, who faces a future with a colostomy bag after doctors told her she could lose her vagina and rectum because of mesh complications, said she had lived in “unrelenting, disabling agony” since mesh surgery in 2011.

“I am just about to turn 59 and I cannot imagine living another 20 years like this,” she said.

“Over the years I have thought, who does this to someone?”

A Herald investigation has found:

Alleged research fraud at a major Australian public hospital which confirmed no knowledge of, or approval for, a trial by two doctors linked to a mesh device. The hospital was unaware of a resulting research paper supporting the device until a formal complaint. In a video obtained by the Herald, one of the doctors tells a conference he was “flying a bit blind” on an “initial group” of 40 women at the hospital who received the mesh. The alleged research fraud is being investigated.

The TGA in 2013 considered imposing a “first ever black box warning” on mesh devices, two years after the American FDA warned that serious complications from mesh surgery were “not rare”. A TGA working group discussing the proposal was questioned about “whether a warning of this nature could increase surgeons’ liability”.

The TGA was warned by an expert review committee as early as 2008 that erosion of mesh tape into women’s vaginas or rectums were “common adverse events with these types of devices”, but it did not deregister the first transvaginal mesh device until more than six years later.

In its 2013 review the TGA conceded “significant under-reporting” of injuries to women after mesh surgery because only manufacturers are mandatory reporters of adverse events. The TGA estimated “it only receives 10-20 per cent of all events”. It noted that “surgeons do not have a strong awareness of Australia’s adverse event reporting systems” and the TGA only had the legislative power to compel manufacturers to report injuries to women.

The TGA conceded in 2013 that the exact percentage of injuries to women caused by mesh will never be known because it had “no way” of establishing the total number of mesh devices implanted in Australian women based on Medicare payments. The medical benefits system did not distinguish between surgical procedures, with or without mesh. The 2013 review was also told only 50 per cent of surgeries would be captured by medical benefits data.

Australian Pelvic Mesh Support Group founder Caz Chisholm, and member Kim Blieschke, who met with Senator Hinch to argue for a Senate inquiry, said the global transvaginal mesh scandal was “finally going to be put in the spotlight”.

“We feel like the wheels are turning and finally the women have some hope,” Ms Chisholm said.

A spokesperson for Medtronic, which acquired former Tyco parent company Covidien, said it estimated up to 15,800 women had, or would, make claims against it alleging personal injuries from mesh devices previously manufactured by Covidien subsidiaries, including the IVS Tunneller.

By March 1 it had settled about 70 per cent of claims. The litigation did not involve any active businesses within Medtronic.