+4
There are growing calls for Australia's bishops to release a Truth Justice and Healing Council report.

BISHOP of Parramatta Vincent Long has broken ranks with the Australian Catholic Bishops Conference to join reform groups and politicians calling for public release of a church report responding to the child abuse royal commission.

Keeping the four-volume, 1000-page, church-commissioned Truth Justice and Healing Council report “in-house for any period longer than necessary” is “not in the interest of the kind of church the Pope speaks about”, said Bishop Long in a statement this week.

Pope Francis recently urged all Catholics “not to be afraid of being the central drivers of the transformation that is being demanded today” in the wake of the child sexual abuse tragedy.

The Australian Catholic Bishops Conference said it would “take some time” to consider the TJHC report it received in March, and would formally respond to the royal commission when it had “completed our dialogue with the Holy See” and received advice from an implementation advisory group appointed in May.

On Tuesday shadow social services minister Jenny Macklin said the TJHC report should be made public because “We need full transparency from the Catholic Church on this issue”, more than six months after the Royal Commission into Institutional Responses to Child Sexual Abuse released its landmark final report. 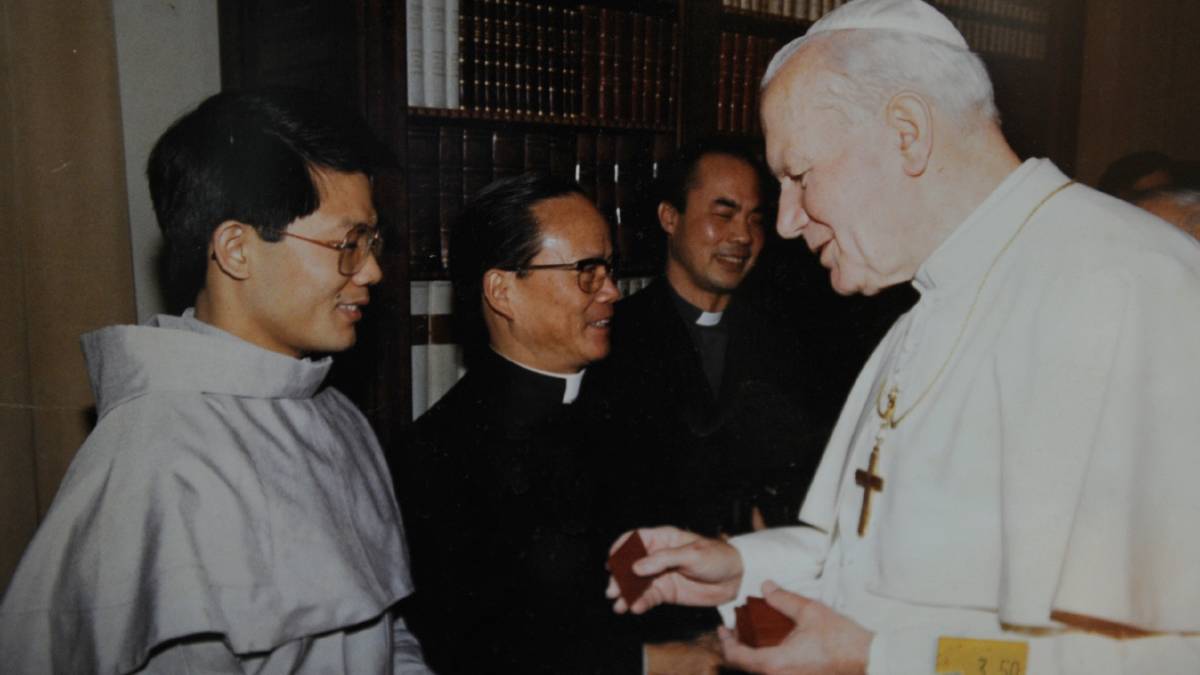 Attorney General Christian Porter responded to questions about the TJHC report by saying the key to protecting future generations was for “all those involved to be open and transparent about what occurred and what is being done to prevent a recurrence”.

State governments and institutions that decide not to accept the commission’s recommendations “should state so and why”, Mr Porter said.

In NSW Parliament on Tuesday NSW Greens MP and justice spokesperson David Shoebridge, who played a key role in the campaign for a royal commission, lodged a notice of motion calling for the report’s immediate release because “it’s well past time that survivors, victims and their families and supporters saw the Catholic Church’s response”.

“It may be that the TJHC report reflects unfavourably on actions taken by the hierarchy. If that is the case then it’s precisely why it must be released immediately,” Mr Shoebridge said.

The report is understood to have fallen short of unambiguously supporting a royal commission recommendation to scrap confessional protection for priests, but to have backed changes to confession that would avoid a direct clash between the church and governments on the issue.

The report is also understood to have endorsed progressive changes in the Australian church inconsistent with some of the public positions held by its more conservative leaders. 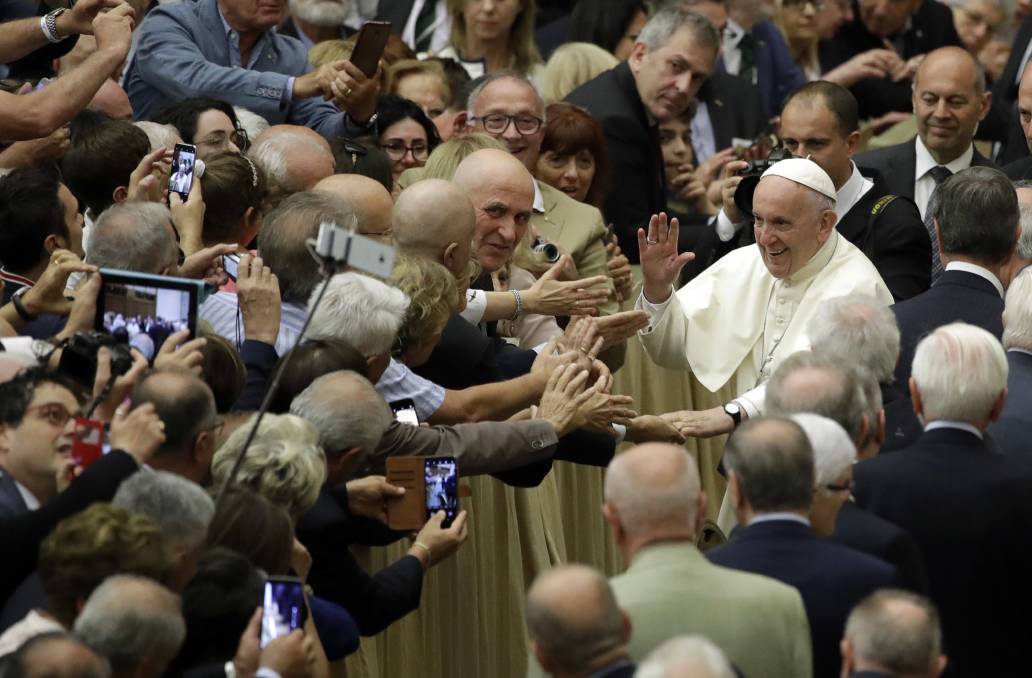 Welcome: Pope Francis greets people in Rome on Sunday as he grapples with a global child sexual abuse crisis.

Bishop Long, who was sexually abused by clergy as an adult, told the royal commission in February, 2017 the church needed to “dismantle the old model” of Catholicism and end a “pecking order” that had lay people “right at the bottom of the pyramid”.

In a statement this week he said all Catholics should be involved with the church’s response to the royal commission, including “taking into account the Truth, Justice and Healing Council (TJHC) report”.

The Pope’s comments about church reform and a more active involvement by lay Catholics “should serve as an encouragement for the bishops to engage closely and respectfully with the faithful in responding to the child sexual abuse crisis”, Bishop Long said.

On Thursday the organisation representing 150 orders, Catholic Religious Australia, which partnered with the bishops conference to establish the Truth Justice and Healing Council, will meet to discuss its response to the TJHC report for the first time.

CRA member orders only recently received the report. The CRA includes the Mercy Sisters, and Marist, Christian and St John of God Brothers orders, which were criticised during the royal commission.

Politicians from across the spectrum have signalled increasing impatience with church leadership over the lack of a formal response to the royal commission’s recommendations, while individual bishops have openly opposed moves to scrap confessional protection for priests as recommended by the commission. South Australian Attorney-General Vickie Chapman urged other state governments to pass legislation scrapping the protection, after her state blindsided the church last week by announcing priests would be prosecuted from October 1 for failing to report child sex allegations raised in confession to police.

Acting Archbishop of Adelaide Greg O'Kelly said the church was “unaware of this change” despite the royal commission recommendation and extensive canvassing of the issue with Australian Catholic leaders during a final commission public hearing in February, 2017.

Liberal Western Australian MP and former state ward Steve Irons said institutions owed it to victims to publicly respond to the royal commission recommendations “given the scale of evidence” of widespread sexual abuse.

“I think there is a strong expectation from members of the church, and I am one, that we need transparency. This is an essential element of any healing process, and we really need that,” Senator Moore said.

The Australian Catholic Coalition for Church Reform group, which called for the report to be released in March, said its requests to meet with the bishops conference had been unsuccessful.

Hunter survivor advocate Peter Gogarty said he had little doubt the report was not being released because it reflected views that challenged the bishops.

“Does the Truth Justice and Healing Council deliver some uncomfortable truths to the bishops? Does the report recommend changes to the seal of the confessional, or does it argue that women should have a greater role in the management and direction of the church?” Mr Gogarty said.

In a statement the ACBC acknowledged Pope Francis’ comments on the need for reform “clearly has implications for the Church in any time and place”.

It said the views of church reform groups were “well known and a meeting may not be needed for them to be communicated”.

The ACBC said it proposed to release the TJHC report “when the dialogue within the Conference, with Catholic Religious Australia and with the Holy See, which is under way, is complete”.