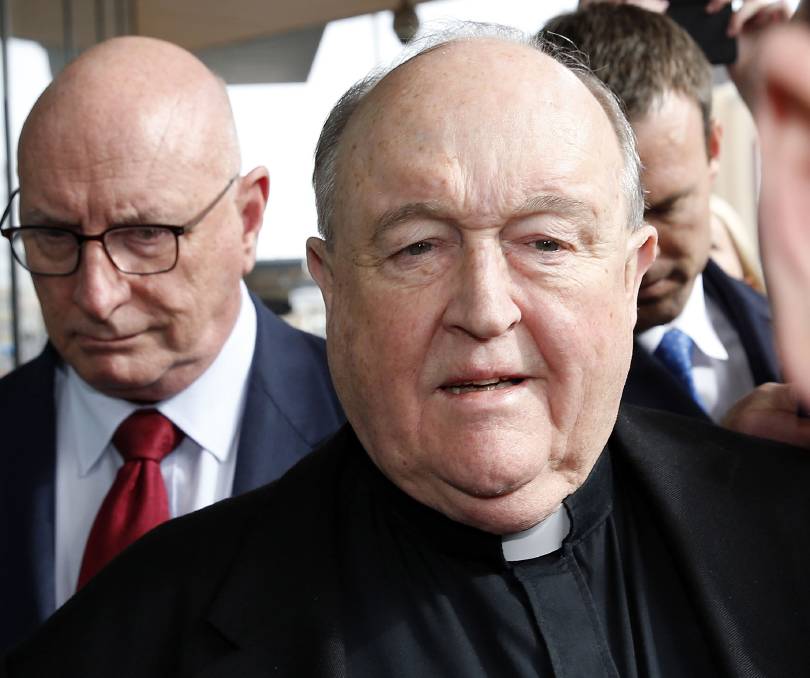 POPE Francis should demand the resignation of Adelaide Archbishop Philip Wilson or sack him, say three Hunter people who played key roles in his conviction for concealing the child sex offences of priest Jim Fletcher.

Australia’s bishops should call for his resignation, said survivor advocates Peter Gogarty and Bob O’Toole outside Newcastle Courthouse on Tuesday after Wilson’s 12-month jail sentence, pending an assessment whether it can be served as home detention, made headlines around the world.

“If the archbishop doesn’t resign then the Catholic Church becomes a bigger laughing stock than it already is,” said Mr Gogarty, who was sexually abused by Fletcher.

“How on earth can somebody who’s been convicted of knowing that children were being abused by a Catholic priest remain a bishop? If the archbishop doesn’t resign the Pope needs to sack him. If the Pope won’t do it he becomes part of a laughing stock.”

Anthea Halpin, whose documents about another Hunter child sex offender priest, Denis McAlinden, were the starting point for a police investigation that eventually led to Wilson being charged, said Wilson should have resigned when he was convicted in May, and the Pope should have acted then.

Mrs Halpin said she was disappointed Wilson might serve his sentence in his sister’s home on the Central Coast rather than jail, but was happy that Newcastle magistrate Robert Stone rejected Wilson’s lawyer’s submission that a good behaviour bond was a suitable penalty.

Wilson, 67, was pale as he stood in a sixth floor Newcastle courtroom shortly after 10.40am on Tuesday to learn his sentence. 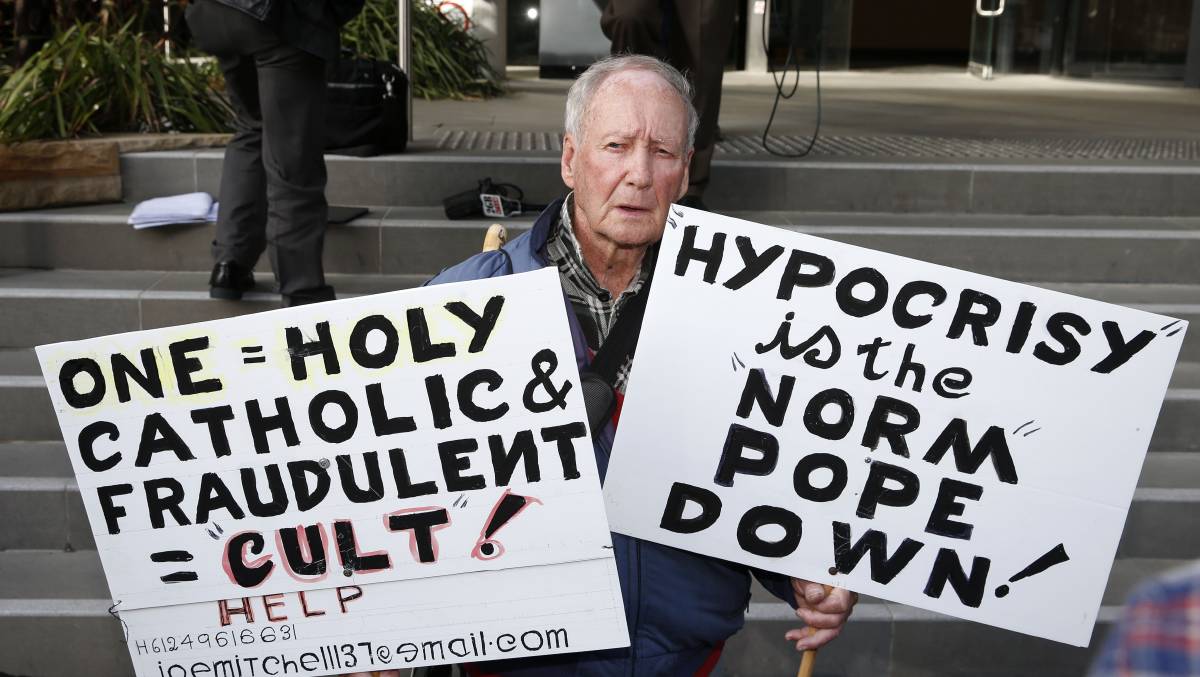 Magistrate Stone found Wilson’s primary motive for failing to tell police in 2004 about alleged offences by Fletcher in the 1970s was to protect the church, and he had shown no remorse or contrition.

Mr Stone said he was “firmly of the opinion that a sentence of imprisonment is the only appropriate sentence”, after acknowledging the “public outcry and outrage over what has transpired by way of abuse and concealment, not only by the Catholic Church, but other major religious organisations and other associations”.

The extent of child sexual abuse and its concealment “affects the fabric of our society and we are all the poorer for what has occurred”, Mr Stone said.

“The whole of the community is devastated in so many ways by the decades of abuse and its concealment by people they trusted and respected.

“Those who conceal abuse and shield perpetrators from accountability… are demonstrating that you are placing the needs of the perpetrator as a higher priority over the needs of victims and their families,” Mr Stone said.

“In this case the offender is a senior figure in one of the most respected institutions in our society. What has occurred is the infliction of gross acts of sexual abuse on people who were young, defenceless and vulnerable, committed for sexual gratification.”

People of “simple faith” who respected and trusted their local parish priest were “betrayed most callously and cruelly… not only by the perpetrator but, as in this case, by those who knew and concealed it”.

Maitland-Newcastle Catholic Bishop Bill Wright said the Cessnock-born archbishop’s conviction was a “source of great grief and shock to the Catholic community here” and was also a deep shock to him personally.

“It is a deep shock and disappointment that this man has been found guilty of covering up abuse” and a “highly disturbing reflection on the archbishop”.

Bishop Wright said the Catholic community felt grief for the two teenage boys who reported abuse by Fletcher to the then Father Wilson in 1976.

“Their trust was betrayed when no effective action was taken and they were deprived of the care they should have received at the time,” Bishop Wright said.

There was also grief for other boys who were subsequently abused by Fletcher, including Mr Gogarty and Daniel Feenan, whose report to police in 2003 eventually led to Fletcher’s conviction, Bishop Wright said. Fletcher died in jail in 2006.

In a statement the Australian Catholic Bishops Conference said it hoped Wilson’s custodial sentence “brings some sense of peace and healing to those abused by deceased priest James Fletcher”.

“It takes great courage for survivors to come forward to tell their stories. Survivors have been vital in helping us learn the lesson of our shameful history of abuse and concealment, which was laid bare in the Royal Commission into Institutional Reponses to Child Sexual Abuse and state inquiries, including the NSW Special Commission of Inquiry” in Newcastle in 2013.

“If this does not finally prompt the Catholic Church to sack the archbishop then there really is no hope for the institution,” said Mr Shoebridge, who said home detention “hardly seems appropriate given the gross breach of trust and the proven illegality”.

It was difficult for many survivors to accept, but “whatever its limits, Wilson’s sentencing is historic and finally sees a church leader held to account”, he said.

Mr O’Toole and Mr Gogarty said the conviction and sentence made history in Australia and around the world, and the Hunter region had played a lead role, as it had in campaigning for a royal commission.

“What this says is nobody – particularly in Australia but I hope this ripples around the world - nobody is above the law,” Mr Gogarty said.

“I think Hunter people have played an incredible role in bringing this to public attention,” Mr O’Toole said.

Both men expect more people within the Catholic Church and beyond to be charged with conceal offences.

“We’ve heard evidence from people in the past few years who may be nervous now and that’s appropriate, I think they should be nervous,” Mr Gogarty said.

“We’ve made history here in Australia. The highest ranked church official to ever be brought to account for what we know was a worldwide systematic abuse of children and concealment of that abuse.

“So I’m content that we’ve done something in Australia that nobody else has been able to manage.”

Archbishop Wilson was released on bail until a final hearing in August after he is assessed for whether he can serve the 12-month jail sentence as home detention.

Mr Gogarty, Mr O’Toole and Mrs Halpin said they expected Wilson to serve a jail sentence if an assessment finds home detention is not appropriate.

Outside the court Daniel Feenan said he would have preferred to see Wilson leave court in handcuffs, but he was pleased with the 12-month jail sentence.

“He is the most senior Catholic to ever be charged and he is actually giving him 50 per cent of the maximum term. That is groundbreaking in itself,” Mr Feenan said.