The federal government will build a gas power plant at Kurri Kurri if the energy sector does not replace the capacity lost from the closure of Liddell power station.

Prime Minister Scott Morrison visited the Hunter on Tuesday to announce the government's post-COVID gas-fired recovery plan for the nation.

The government has given the industry until the end of April 2021 to show it can replace the capacity of Liddell, which is scheduled to close in 2023.

The government confirmed on Monday night that Snowy Hydro is presently developing options to build a gas generator at Kurri Kurri should the market fail to deliver what is required.

Australian Community Media understands the potential gas plant would be built on the former Kurri Kurri aluminium smelter site that was acquired by developers Jeff McCloy and John Stevens.

It would be supplied with gas from the yet-to-be-completed Queensland to Hunter gas pipeline.

The project, whose shareholders include Garbis Simonian and developer Hilton Grugeon, will transport gas from the Wallumbilla gas hub near Roma in Queensland and Narrabri to Newcastle.

In his national energy address at the Tomago Westrac plant on Tuesday, Mr Morrison said the government would prefer not to step in, but it wouldn't "shy away" from protecting consumers and jobs.

"If the energy companies choose to step up and make these investments to create that capacity, great, we will step back. If not, my government will step up and we will fill the gap," he said.

"And to this end, Snowy Hydro is already developing options to build a gas generator in the Hunter Valley should the market not deliver.

"The Commonwealth Government would prefer not to step in. That is not our Plan A. But nor will we shy away from taking action to protect consumers and support jobs, including here in this region and so many like it.

"So I think there is some certainty there about what the investment environment looks like and what the capacity is. And I am sure we will get there one way or the other."

Mr Morrison said gas would provide firming capacity in a changing energy market. The government would also seek to reset the east coast gas market by unlocking new sources of supply and investing in pipeline infrastructure through a National Gas Infrastructure Plan. 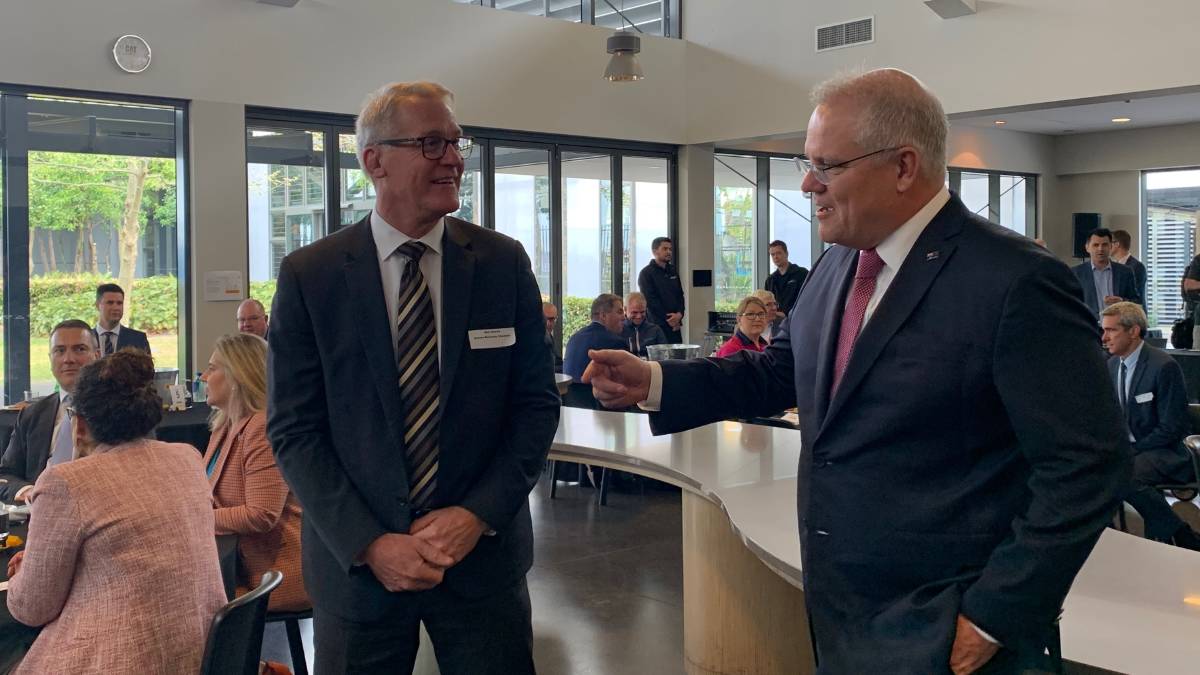 "Industry needs energy supply that is reliable and affordable in order to remain competitive and ensure that manufacturing jobs stay here in our region.

"The Business NSW quarterly Business Conditions Surveys consistently identify energy as a key cost pressure, but an equally significant issue for industry in our region is reliability and consistency of supply.

"As was acknowledged by the Prime Minister today, industries in the Hunter often take the hit through load shedding when the power grid is vulnerable.

"Investment in gas will provide the price and supply guarantee that industry needs as we transition to a new energy mix."

Member for Hunter, Joel Fitzgibbon said the region has the opportunity to remain an "energy powerhouse" as coal-fired generators age and begin to retire.

"For three years Member for Paterson Meryl Swanson and I have been working with industry to build new generation capacity in the Hunter and to deliver more affordable gas to support our region and to create jobs," he said.

"Today we appear to have the Prime Minister's support.

"Pumped-hydro, gas-fired generators and battery storage will stabilise our electricity grid, create jobs, support our manufacturing sector, and maintain the region's status as the powerhouse of NSW.

"A new gas pipeline from Queensland can deliver more affordable gas for industry and households alike.

"Since 2017 the Turnbull and Morrison Governments have been running interference on our aspirations for the Hunter by unrealistically talking about extending the life of the 50-year-old Liddell plant.

"This was never feasible and was no more than a political play which ran interference on the investment decisions of AGL in particular.

"The Hunter Region has long boasted more than 8000 megawatt hours of generation capacity.

"As our coal-fired plants come to the end of their economic and physical lives, the Hunter should be the natural home to gas-generators, pumped-hydro, battery storage, and renewable forms of energy.

Ms Swanson - whose electorate includes Kurri Kurri and Tomago - said she welcomes any plan that generates jobs and certainty for our region, but criticised the government's delivery.

"The PM wants to lay the blame on business for not delivering an alternative to Liddell's closure, but how can a business make sensible investment decisions in the absence of good public policy?" she said.

"This from a government that is now onto its 20th energy policy.

"I'm pleased however, that the Prime Minister has finally figured out where the Hunter is, and what we have to offer. Now let's hope this project progresses faster than the M1 extension/Raymond Terrace bypass.

"We might start to see a return to skills investment in a region that has 3420 fewer apprentices under this government.

"We have extended a bipartisan hand on energy policy, but the coalition doesn't want to work with us on this.

"The fight on energy must stop, especially in the back rooms of the Liberal party." 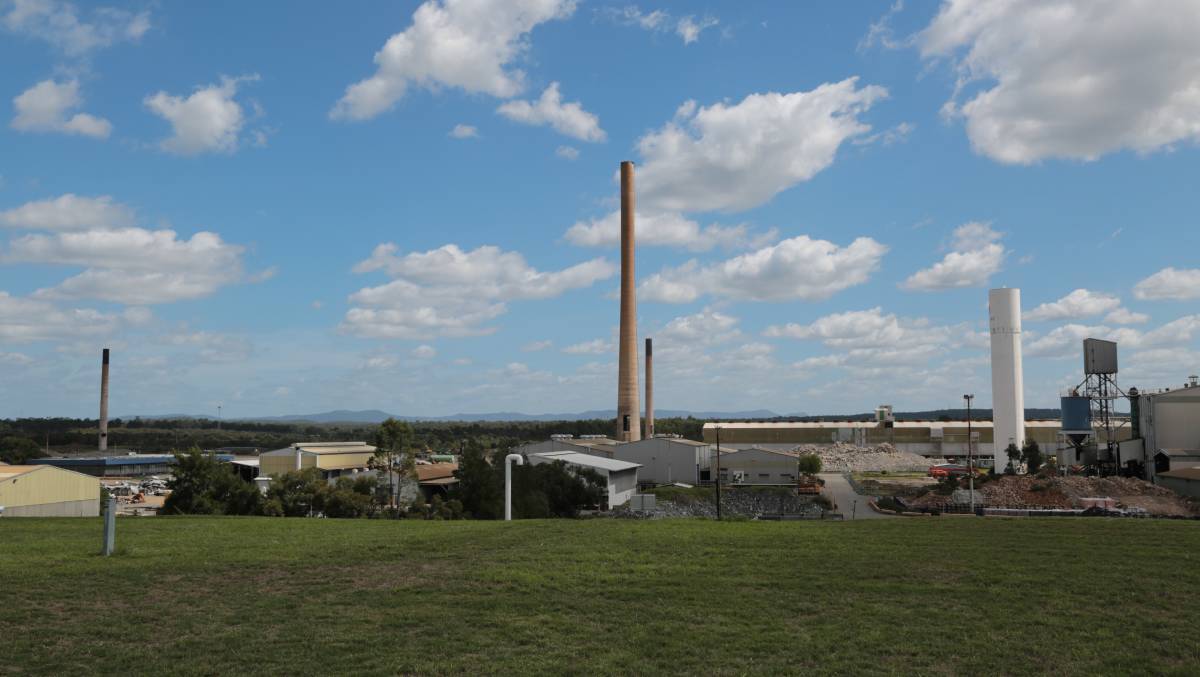 REDEVELOPMENT: The iconic stacks at the former Hydro Aluminium site, before they were demolished in May 2019.

"A gas power plant is about the last thing we need built at Kurri," Ms Murray said.

"When are we going to hitch our wagon to the future rather than the past?

"We are seeing exciting research out of the University of Newcastle where new alloys can receive and store renewable energy and release it to generate electricity.

"We need to see investment in technologies such as this, which support the move to renewables.

"Instead, we have a government clinging to the fossil fuel past.

"I find it particularly ironic that the Prime Minister is talking about Snowy Hydro building a gas plant. Just think what could be achieved by Snowy Hydro if they invested in renewable energy themselves and pumped their water uphill every day when the sun was shining, then ran their turbines every night.

"Redevelopment of the Hydro site is an opportunity to provide employment opportunities well into the future. The best way to do this is through future-focused manufacturing.

"Given our proximity to the University of Newcastle, it would make perfect sense to collaborate with them on pilot plants and final manufacturing plants for materials that are going to revolutionise renewable energy generation and storage."