Coronavirus restrictions, and the looming threat of further outbreaks, have helped revive an outdated phone technology as Canberra businesses look toward innovative ways to survive the "new normal".

Few would have guessed that 2020 would be the year the QR code would make its mark but it's far from the strangest thing to occur this year.

As Australians attempt to return to some sense of regular life in public, QR codes have become the simpler alternative to the COVIDSafe app as it struggles to assist with contact tracing efforts.

QR code system providers offer businesses an easy way to keep track of who is coming in and when, in place of written ledgers. In the event someone does test positive for COVID-19, venues will release that information to health officials who can then track the spread.

QR codes, short for quick response codes, were first created in 1994 but haven't been widely adopted until recent years. While most smartphones can read the alien-like designs, it's unlikely many would have realised it until it became a requirement for entry into a venue.

But in the months since venues have reopened, QR codes have become a familiar sight when getting dinner or grabbing coffee. Some venues, like The Cupping Room and Akiba, are even using QR codes to transition to paperless menus during the health crisis.

Connor Crampton Smith, manager at The Cupping Room, said the cafe had been using QR code digital menus since it reopened after initial restrictions.

"It makes updating and changing a lot quicker for me, and customers seem to find it just as easy to use," Mr Crampton Smith said.

"Most phones have a QR scanner built into their camera app so it is super convenient for everyone." 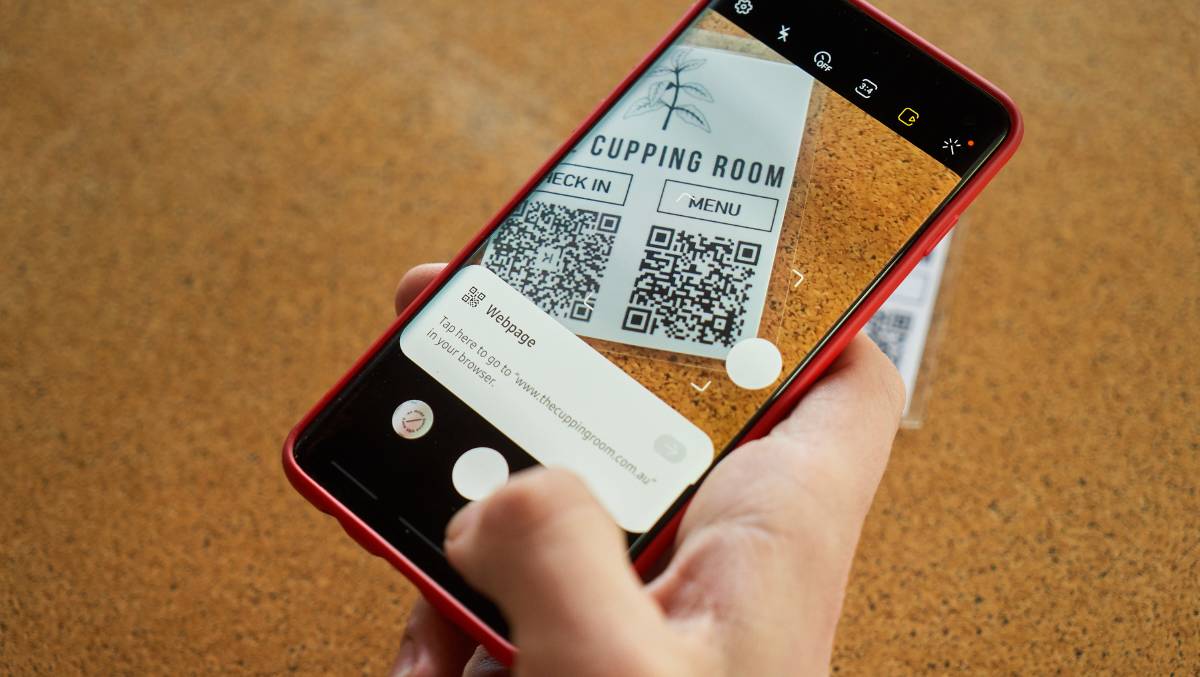 With QR codes becoming more normalised, even for accessing a venue's menu, Mr Crampton Smith said QR codes had a future at the cafe even after the COVID-19 threat subsides.

"I think eventually we will change back to paper but we will look at incorporating QR codes into that, whether it's for translated menus or pictures of the dishes we serve, I think there is a lot that we can do with QR in the future," Mr Crampton Smith said.

Chase Stramarcos, Akiba's manager, said the restaurant had already been planning to migrate to digital menus but the pandemic pushed them to doing it sooner.

"We did look at doing it prior to COVID for all of dietary menus - because we're quite a dietary friendly restaurant - but started actually using them when we reopened," Mr Stramarcos said.

Unlike the Cupping Room, however, it said the paperless QR code menu was going to stay long after COVID-19 was relegated to the history books.

"The majority of our customers are quite happy with QR codes and actually liked how we're moving that way rather than just killing trees all day," Mr Stramarcos said.

"I don't see [the return of paper menus] happening at all."

It's not just about the convenience and sustainability benefit, the safety element was still crucial to it all.

"I think the general consensus that we have gathered is that customers and staff feel safer due to all the COVID-19 safety procedures we have in place," Mr Crampton Smith said.

"It is up to the customer if they use the COVIDSafe app as well but everyone entering must check-in using our Lightspeed QR check-in or writing their details down if they don't have a smartphone that allows QR codes." The rise of QR codes has caught the attention of state governments and the ACT and NSW have built their own check-in apps to help businesses.

The NSW government's service app introduced the QR code feature on September 12. Instead of leaving it up to each business to figure out how to manage customer attendance, it provides a centralised system that loads all the customer data onto an encrypted database and holds onto it for 28 days in the event of an outbreak.

In little over a month, more than half a million customers in NSW have used the system to check into venues.

The ACT similarly launched its own centralised check-in app, Check In CBR, which has been downloaded 19,600 times, had 19,250 unique check-ins and has 790 venues registered as of early October.

It all flies in the face of the app that was supposed to be the country's go-to - the federal government's COVIDSafe app. 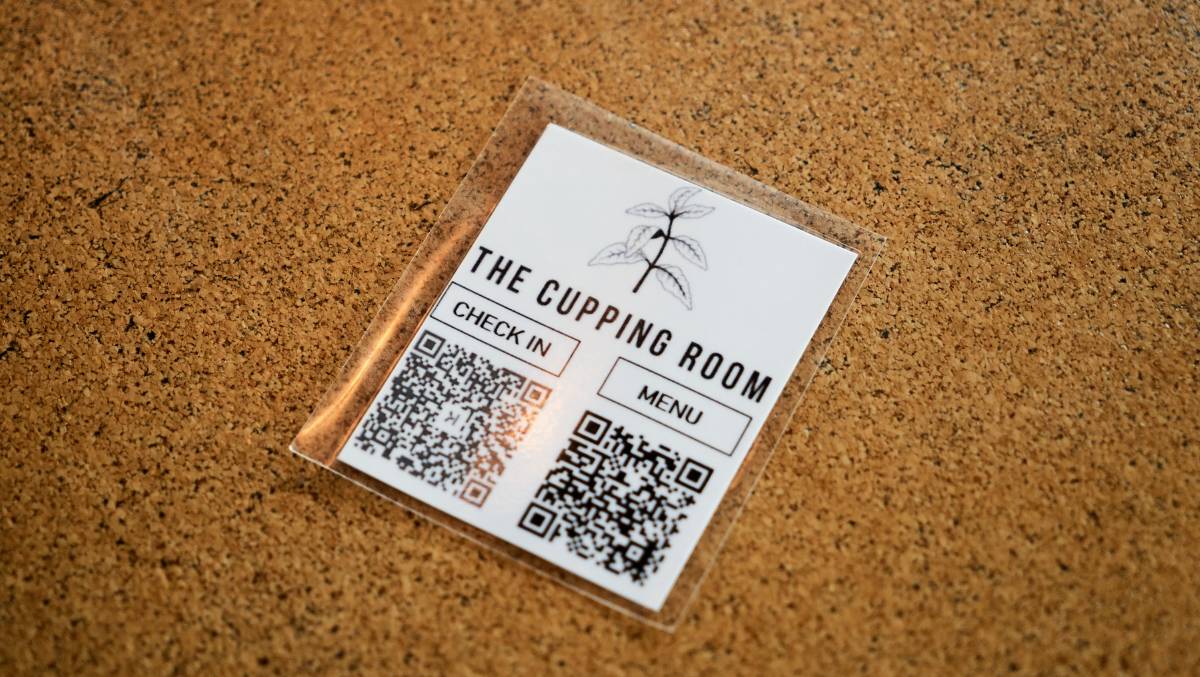 The Cupping Room's QR code system has been effective in allowing guests to check-in and view the menu, October 16, 2020. Picture: Matt Loxton

COVIDSafe uses Bluetooth signals to make a record of other app users in the vicinity, which can be released if someone tests positive. For it to be effective, however, the majority of people sitting in a restaurant or bar would have to have it downloaded and sitting in the background.

Adoption rates of COVIDSafe haven't hit the planned goal due to a number of concerns over privacy and technical issues with the app - something the relatively antiquated QR code system hasn't had to deal with.

QR codes might not be able to provide the granular detail COVIDSafe does when it works but it offers a fail-safe when patrons aren't actively using the app. Checking in is an entry requirement for many venues, for example, whereas COVIDSafe is not.

In Victoria, where the largest COVID-19 outbreak has occurred, the app's usage has been limited, despite the state's health department encouraging Victorians to download and use it.

Of the state's more than 20,000 confirmed cases, just 1842 reported they had downloaded and were using the app. The department did not discover any additional cases from those users.

The federal government has instead pointed to NSW as the success story the app desperately needed.

Health authorities in NSW, where more than 4300 cases have been detected, confirmed with The Canberra Times the app had been accessed 83 times by early October. It found 14 close contacts that hadn't been uncovered by manual contact tracers but none tested positive.

The app also uncovered a previously unknown venue a positive case had visited, which resulted in more than 500 extra people being identified. Two of that group later tested positive.

In late April, when the app was first launched, Prime Minister Scott Morrison told the nation it was the sunscreen needed to weather the COVID-19 pandemic.

Six months later, its relevance has diminished after being dropped from much of the federal government's key messaging, leaving the low tech QR codes to fill the gap.

COVIDSafe had a little over 7.1 million registrations by early October but the Department of Health would not confirm how many of those were active users. It also confirmed the app would not be introducing a QR code check-in feature any time soon.

"At this time, the department is not pursuing QR codes as an option for inclusion within the COVIDSafe App," a health department spokesperson said.

"However, it is important to note both the ACT and NSW governments have recently introduced QR based applications to help protect the community through the provision of these digital systems."

The app has since introduced a breakdown of daily COVID-19 statistics to encourage users to use the app.

As QR codes continue to dominate the venue check-in process thanks to their relative ease and reliability, COVIDSafe's usage and relevance will be relegated to the sidelines.

This story An almost antiquated phone technology has become an unlikely hero in 2020 first appeared on The Canberra Times.